Nintendo is ready to end 2016 for the Wii U and 3DS with one final Nintendo Download update! This year was an interesting one for the company, as mobile gaming took off huge for them with Pokemon GO and Super Mario Run while the 3DS continued to be a huge success for them. 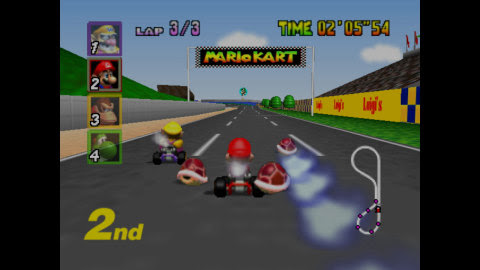 With 2017 on the horizon and the Nintendo Switch releasing in March of that year, 2017 might one of Nintendo’s best. But for present, why not pay a visit to the E-Shop and see what late holiday gifts Nintendo has on offer?

Mario Kart 64 –  (Wii U E-Shop) Put the pedal to the metal in this worthy Nintendo 64 successor to the Super NES classic, Super Mario Kart. With improved courses and a head-to-head four-player mode, the Mario Kart 64 game is sure to win the heart of any racing fan. The game includes 20 different courses filled with dips, valleys, jumps, tunnels and bridges. Smooth, precise control will bring players back time and time again for freewheeling fun.