World of FF is a Action Role-Playing Game releasing on the PS4 and PS Vita later this year from Square Enix, with a major goal of the project being to introduce the FF series  new generations and celebrate the series with cameo’s and appearances of famous characters. Its announced characters like Cloud (FFVII) and Lighting (FFXIII) will be appearing in the game but others were announced to appear in the game today including Undead Princess from Crystal Chronicles and Odin from … END_OF_DOCUMENT_TOKEN_TO_BE_REPLACED

Detailed in a major update video for the multi-player shooter ‘Payday 2’, the game will be dropping micro-transactions going forward. The community of the game did not like this move the developers made when they originally put micro-transactions into the game last year, so this news should make many happy who enjoyed the game in the past or currently. NeoGaf Member KDR_11k explained the video in detail: “According to the video they’re changing it so new safes don’t require drills anymore. This … END_OF_DOCUMENT_TOKEN_TO_BE_REPLACED

The popular fighting series Tekken has released on many consoles over the years, with the newest one, Tekken 7, releasing in Japanese Arcades last year. With news on a console version of the title, the only announced platform thus far is the PS4 version. This might change, as recently rumors have come out suggestion a Xbox One and PC version are happening in the future. Source Comment: “So Bandai Namco was at the MCM Comic Con this and one fellow … END_OF_DOCUMENT_TOKEN_TO_BE_REPLACED

In 2014, we had this crazy idea to partner with Fathom Events and broadcast our E3 Press Conference LIVE to some theaters North America, not knowing if this was something people would even be interested in attending. Two years later, and we’ve had to more than double our seating capacity to accommodate everybody! There’s just something special about watching the news and excitement of E3 together with fellow PlayStation fans that makes this an event I look forward to every … END_OF_DOCUMENT_TOKEN_TO_BE_REPLACED

Dead Island 2 has had a rocky development, changing hands to different studios with Sumo Digital of Sonic Racing Transformed fame working on the title now. It is supposed to release this year on PS4, Xbox One and PC, but it seems like the PC version might not release. Thanks to NeoGaf Member DeathSparks, we learned that games PC version could be scrapped. Support for this is the following image found in Steam’s Databases. Could be that they are updating the … END_OF_DOCUMENT_TOKEN_TO_BE_REPLACED

Ohhh, we got a spicy rumor coming from gameblog.fr, and according to Backflip at GAF, a sequel to Injustice: Gods Among Us, which is a fighting game that released in 2012-2013 on multiple platforms to strong success. It was a fighting game that had the gods, heroes, villains and titans of the DC Universal fighting each other across interactive maps and a large-scale single-player story mode. Many enjoyed the game and deservedly so . It is to no one’s surprise that the game is … END_OF_DOCUMENT_TOKEN_TO_BE_REPLACED

GT Sport is set to have the following modes: Campaign Mode, Sports Mode and Arcade Mode. They sound like they would function like other games in the series with both offline and online variations on the modes, but that is not the case. They all appear to be online only modes, but this isn’t confirmed yet. We will update the story as news develops. Source: gtplanet.net

IGN has officially unveiled that the developers who were laid off from Lionhead by Microsoft are now being given a chance by Microsoft themselves to use the Fable IP for continuing development for another Fable game in the making, but since they won’t be supporting them in publishment of the game, the new studio “Flaming Fowl Studios”, formed by Ex-Lionhead veterans Craig Oman, Mike West and Marcus Lynn and set up to finish the game. IGN has also given us an … END_OF_DOCUMENT_TOKEN_TO_BE_REPLACED

PlayStation Plus is a service that offers people six games every month across PS4, PS3 and PS Vita but the line up the past few months has disappointed people hoping to get a retail release on the line up on PS4. If this rumor is correct, June might be a time were we get a retail release as the below image suggests that NBA 2K16 and Gone Home will be the Plus Titles for the PS4. This is a rumor, … END_OF_DOCUMENT_TOKEN_TO_BE_REPLACED 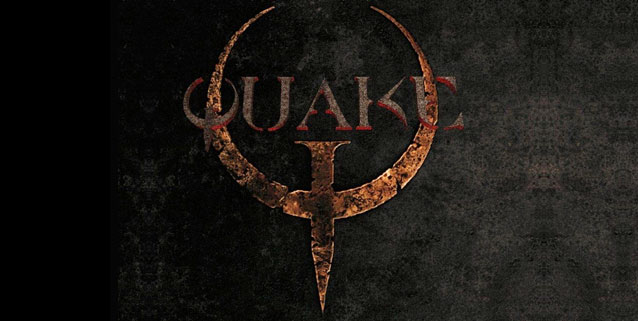 The SEGA Saturn is famous for being a difficult platform to develop for, so Quake landing on the system was impressive. id Software brought their iconic first person shooter to the system thanks to the studio Lobotomy Software. They worked on a game called Powerslave before working on Quake Saturn. The game was a demanding title during the time due to being a completely 3D FPS. It has issues running on the Saturn but still, it is very impressive considering that. … END_OF_DOCUMENT_TOKEN_TO_BE_REPLACED