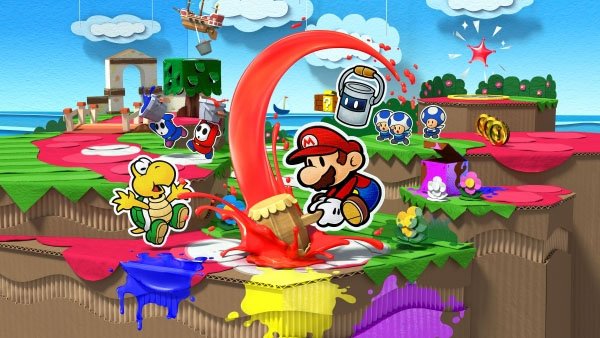 The sequel the 3DS game Sticker Star is releasing on October 7th for the Wii U and Nintendo showed the game on its Treehouse Live Stream. The games core gameplay heavily mirrored Sticker Star in many ways, with the battle system using Cards the same way you used Stickers. Battle system did get some additions though, with partners from the past games coming back in the form of enemy cards that once you fill in, attack for you and defend attacks aimed at you.

Exploration was heavily pushed, with your paint hammer being used to fill in the washed out spots in the world. The exploring part of the game seemed interesting, with the NPC dialog being filled with humor and charm despite Toads once again being everywhere.

GameXplain did a great interview with one of the developers and I will link that here. I am not excited about this game personally, as I did not enjoy Sticker Star much. But I hope many give the game a chance and hope that people are happy with it when it comes out this Fall.