Metroid is a franchise near and dear to many people’s heart, and August 5th marks the 30th Anniversary of the original Metroid’s release on the Nintendo Entertainment System. Exploring the hidden depths of a unknown planet, blasting your way through hostile locations and blasting Metroids with your Ice Beams & Missiles; vivid memories come flashing back.

Today, I am going to talk about my history with the franchise in celebration for the franchise’s past and for what it did for the gaming industry.

My first Metroid adventure was Prime on the GameCube but I went back to the original release in celebration for the series birthday this year and it was one interesting experience. The game not unlike the original Legend of Zelda, throws you into this unknown world and you was stuck trying to find out where to go yourself. It led to such a feeling of dread, as not having a mini-map can get you lost. But finding that power-up or getting through with little issue is such a nice feeling.

This feeling is further rewarded with the GBA remake of Metroid called Zero Mission which came out in 2004 alongside the release of Prime 2: Echo’s. Many hold Zero Mission with high regards and I think now we can touch on Samus as such a powerful character.

Samus is one of the first woman characters in mainstream gaming that you can play as, and that had an impact. More so considering she was birthed from a Nintendo game and the only female face we got from Nintendo was Princess Toadstool or now know by the name Princess Peach.

What made Samus so special was how active she was in every game she appeared in; she fought back, saved planets, was highly respected by her peers in the Prime series and just in general, a great character and one of the positive female faces for Nintendo for the longest time period. Now the company has been having more playable females in mainline Mario games such as 3D World or games like Kid Icarus: Uprising where we get to meet a lot of positive female faces across Pit’s long adventure…..and this could be thanked to the creation of Samus Aran.

Creating the Genre that is the Metroidvanna

To be fair, Castlevania helped coined this term as well, but Metroid is the first half of the name after all. It all started with a game called Super Metroid, which takes the mechanics and ideas that Metroid & its Game Boy sequel established, but goes all the way with it. 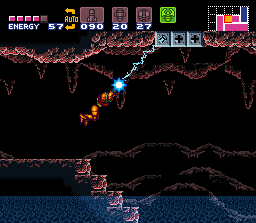 A full-on map system, extra buttons thanks to the SNES shoulder buttons for more tool usage and some very inventive level design allowed for the gameplay of Metroid to elevate into greatness. Super Metroid has brought so many good memories for many gamers and has been such an influence for many titles, including Castlevania’s Symphony of the Night which alongside Super Metroid, are responsible for the Metroidvanna.

So many games today try to be in this genre, including some of my favorite games like DrinkBox’s Guacamelee and for me more recently, Flat Kingdom playing with some of ideas from that genre, explore some great and creative ideas from this template of gaming. But there are other titles on the market now that try to capture the spirit of the Metroid series like Axiom Verge and the upcoming Ghost Song.

Metroid has influenced many games and its impacting on gaming should not be ignored.

My experiences with Metroid

I remember playing Prime for the first time on my GameCube back in 2004 and exploring Tallon IV was breathtaking. Looking up and seeing raindrops fall into the screen was so immersive and seeing Samus’ face flicker on the screen when a lot of light hit you really impressed me back then. Today, Prime still holds strong as a Metroid game I really enjoyed and a title I hold a lot of respect for.

My next Metroid game was Fusion, being my very first 2D Metroid. Its more horror-like tone and focus on story was done really well for me, with this being terrifying.

That blank face, seeing the armor I used in past games being used against me; such a feeling of dread and made exploring the world of Fusion that much more haunting. Overall, I loved my time with Fusion back then and beating the game in later years was a fun experience.

My next Metroid that I fondly remember was a demo cart for the DS called Metroid Prime Hunters: First Hunt. This was a simple tech-demo showing off how powerful the Nintendo DS is. I was blown away with how well 3D can work on the DS and the touch screen aiming worked surprising well for me. I later got the full game of Prime Hunters and even if I didn’t play the MP modes much, I had my fun with the game.

My last Metroid memory I fondly remember was with Prime 3 not long after I got my Wii. I purchased my Wii in Early 2007 and got a lot of games for the system. Sometime in late 2008, I got around to getting the final Prime game, Corruption. The game was more linear compared to Prime 2’s massive dual-worlds but I felt it worked better for me, as I remember getting far more into Prime 3 compared to Prime 2.

Prime 3 was more of a shooter compared to past Metroid games but that was a smart move; the aiming controls of the Wii Remote are a natural fit for some shooting action. Blending better aiming controls over past Prime games alongside the great exploration I expect out of Metroid in addition to some amazing visuals & music….Prime 3 is a personal favorite of mine. I still play it sometimes and its fun to go back to.

I would share my thoughts on the next game in the Metroid series….but this is a positive article, so not going to mention it much. But to put it as nicely as I can while being professional; the Metroid series had a great run from the original Metroid until the release of Prime Trilogy on the Nintendo Wii in 2008. It had a long series of successful games and I look forward to the series coming back with Next Level games making a great title through a Metroid spin-off in Federation Force on the Nintendo 3DS this month.

The Future of Metroid

With Nintendo’s looming NX platform being announced in the future and titles like Federation Force coming, I think Metroid has a good future ahead. I think Nintendo wants to see where the series can go on the NX and had Next Level make Federation Force to tide over fans of the series until an official game comes to the NX. But that simply speculation on my part and coul

But Metroid is a series that has had a powerful series of releases over the years and many gamers love the series with a passion. Samus is a gaming icon and the face for Nintendo’s more mature adventures during the GameCube Era. Metroid was so alien compared to other titles in Nintendo’s line up and it still is, but that is what people love about the series.

Metroid isn’t Mario, Metroid isn’t Zelda, and Metroid isn’t Kirby. But that is what makes Metroid a one of a kind IP for the company and one that I can’t wait to see more of in the future. Hope we can all join Samus on a grand adventure in the distant future. Happy Birthday Metroid and thank you for the great memories that you gave me growing up.