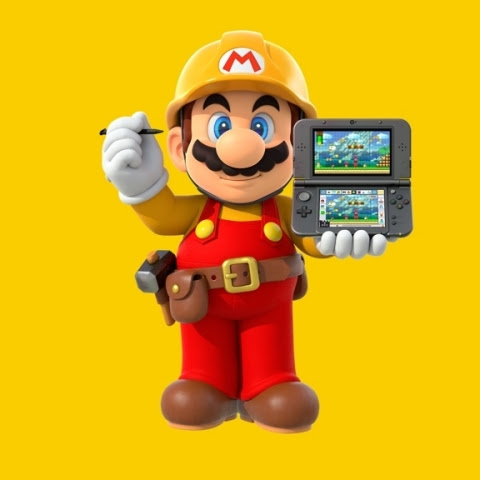 To close off our round up of Nintendo news today, a press release came out explaining official statements of each announcement during the Direct today. Below will be a PR release from Nintendo themselves.

Nintendo unlocked a treasure trove of information for its portable Nintendo 3DS system today. In a Nintendo Direct video, Nintendo discussed more than a dozen games for the system, including a StreetPass Mii Plazaupdate and some Nintendo eShop exclusives that launch today. Among the highlights were a portable Super Mario Maker game launching this year, Pikmin and Yoshi’s Woolly World games launching in 2017, and a newly announced Mario Sports Superstarsgame for 2017. Nintendo also revealed awesome new amiibo figures for Yoshi’s Woolly World on Nintendo 3DS and The Legend of Zelda, as well as a new set of amiibo cards for Animal Crossing fans. Now Nintendo 3DS owners will have access to a near-unlimited wealth of Super Mario courses to play! Players can also create courses with nearly all the tools available in the original Wii U version, along with interactive lessons.

“After emerging as the best-selling video game system in the United States in July, Nintendo 3DS has clear momentum going into the fall, the holiday season and 2017,” said Doug Bowser, Nintendo of America’s Senior Vice President of Sales and Marketing. “With so much news about the system hitting at once, everyone should find something to love. If you haven’t already, it’s a great time to jump into the fun of Nintendo 3DS.”

To view the Nintendo Direct in its entirety, visit www.nintendo.com/nintendo-direct. Some of the new information announced today included:

Pikmin for Nintendo 3DS (name not final):A new side-scrolling Pikmin adventure game unlike Pikmin games of the past is coming to Nintendo 3DS. Pikmin follow Olimar around, and players tap the touch screen where they want to throw them. This is designed as an action game that makes players think fast and use every Pikmin to overcome anything that stands in their way. The game is scheduled to launch in 2017.

The Legend of Zelda: Fans will have plenty of chances to celebrate the 30th anniversary of the legendary series this fall. A sampling of the products on the way includes:

Mario Sports Superstars: This five-sport compilation is scheduled to launch next spring. The game includes full-fledged versions of baseball, tennis, golf, horse racing and 11-on-11 soccer games. The game includes single-player tournaments for each sport, plus local and online multiplayer modes.

Super Mario Maker for Nintendo 3DS: Now Nintendo 3DS owners will have access to a near-unlimited wealth of Super Mario courses to play! Players can also create courses with nearly all the tools available in the original Wii U version, along with interactive lessons. In a feature unique to the Nintendo 3DS version, friends who each have their own game and system can collaborate on level designs by sharing them with one another locally before they’re complete. While courses can’t be shared online, players can connect to the internet to download and play select courses from the Wii U version. Additionally, the game—which is scheduled to launch Dec. 2—includes 100 Nintendo-designed courses with new challenges, like collecting every coin or defeating all enemies.

Poochy & Yoshi’s Woolly World: This gorgeous Wii U game is making its way to Nintendo 3DS. This version contains some new features, plus every stage available in the original. Exclusive new stages focus on Poochy: Players must time Poochy’s jump to collect beads, and Poochy Pups as they head for the goal. Poochy Pups are curious little helpers who jump on suspicious spots to indicate where players should look for secrets and collectables. Nintendo and Japanese stop-motion animation studio Dwarf are collaborating on 30 animated shorts featuring Yoshi and Poochy that will be included in the Nintendo 3DS version of the game. A yarn amiibo figure of Poochy will launch at the same time as the game on Feb. 3, 2017.

Picross 3D Round 2: In this new version of the puzzling favorite, blocks can be painted with two colors of paint to reveal more elaborate shapes. Using the numbers as hints, players can search for the hidden object in more than 300 puzzles. Tapping compatible amiibo figures might uncover secret Nintendo characters. A free demo will be available shortly after the Nintendo Direct in Nintendo eShop, along with the full game at $29.99.

Ever Oasis: Koichi Ishii of Grezzo is the producer and the director of the game, and character design is done by famed illustrator Yoshinori Shizuma. Ever Oasis takes place in a sprawling desert with the oasis at its heart. Travelers with different wants, needs and wishes will visit the oasis. Players must head into the desert and locate dungeons. Allies with specific weapons and unique skill sets will join and strengthen the team. Items claimed in the desert can be used as materials to craft items to sell at shops in the game, or give to certain travelers. The game is scheduled to launch in 2017.

TANK TROOPERS: This newly announced game lets players customize their tank through special characteristics of tank-pilot Troopers, enabling abilities such as hitting enemies with a freeze attack, launching paint balls to block the opponents’ views or using electric shocks to stall rival tanks where they stand. The game offers a six-person multiplayer mode, along with Download Play as well.

Hyrule Warriors Legends: The third DLC pack, the Phantom Hourglass & Spirit Tracks Pack, will be available today in the in-game Extras menu. The pack is available for $6.99, or players can buy the Legends of Hyrule Pack Season Pass for $14.99, including the first three DLC packs, and the fourth once it’s released.

Pokémon Sun and Pokémon Moon: Some of the Pokémon found in the Alola Region have unique looks adapted to the region’s native environment, such as Alolan Rattata. A new element called a Z-Move is an extremely powerful skill initiated when Pokémon and Trainer unleash their full powers together. The type of Z-Move a Pokémon can use depends on the type of Z-Crystal the player gives that Pokémon. As a bonus, anyone who buys one of the games when they launch on Nov. 18 and connects a Nintendo 3DS family system to the internet before Jan. 11, 2017, will receive Munchlax in the game, along with a “Snorlium Z” crystal to unlock the special Z-Move known as Pulverizing Pancake. For more details, visit www.Pokemon.com/SunMoon.

Mario Party Star Rush: Think fast and have a blast with a variety of ways to party with Mario, Toad and more! The game features seven modes, including Toad Scramble, a mode with open maps to push your strategy, fast-paced mini-game gantlet Coinathon or Mario Shuffle, in which players maneuver three pieces to their opponent’s side of the board. In Toad Scramble, everyone plays as a Toad, but Mushroom Kingdom allies are waiting around the board to team up and take down bosses in mini-games. The game is also compatible with the Super Mario series amiibo figures. The game releases alongside seven new amiibo for purchase separately, including Daisy, Waluigi and glow-in-the-dark Boo, on Nov. 4.

Dragon Quest VII: Fragments of the Forgotten Past: This renewed classic has been completely remade with many hours of new content. The StreetPass feature allows players to swap Traveller’s Tablets to access special dungeons and items. Through online distributions, players can encounter new monsters, explore new dungeons and even obtain unique items. Anyone who pre-orders the game before it launches Sept. 16 exclusively on Nintendo 3DS will receive a free Dragon Quest VII menu theme.

Sonic Boom: Fire & Ice: The Nintendo 3DS game includes modes for both single-player and two-player competitions. With a return to speed, the game harnesses the tone of the popular Sonic Boom animated series and also forges a new path in order to tell its own story. The game launches exclusively on Nintendo 3DS on Sept. 27 and comes with a three-episode Sonic Boom DVD.

YO-KAI WATCH 2: Bony Spirits and YO-KAI WATCH 2: Fleshy Souls: Travel to the past to witness the origin of the Yo-kai Watch and put an end to an age-old war between two Yo-kai factions! Discover the Yo-kai Watch Model Zero, which gives players two new tactics that make for more strategic battles. Each version also has many unique Yo-kai. Hailing from ancient Japan, the leader of the Bony Spirits faction is Arachnus, who harbors a spidery secret. As for Fleshy Souls, the leader is Toadal Dude, the essence of a toad who lived for several centuries thanks to his fresh sense of style. The initial production run of the retail versions of the game will come with a physical medal that unlocks a new Soultimate Move for Jibanyan. The digital versions come with the ability to battle and befriend Robonyan F or Sailornyan. The free demo version arrives in Nintendo eShop in mid-September and the full games launch onSept. 30.

Disney Magical World 2: Live your dream life alongside classic Disney characters in six Disney-themed worlds! Anyone who pre-purchases the title in Nintendo eShop or at select retailers will receive three in-game Frozen outfits free for characters like Elsa, Anna and Olaf. The game launches Oct. 14.

Shin Megami Tensei IV: Apocalypse: The game, which launches Sept. 20, is now available for pre-order. This sequel shows another side to the story, and takes players into the events that follow. All first-run retail versions of the game contain a metal emblem set as a free bonus.

New Galaxy Style New Nintendo 3DS XL: The New Nintendo 3DS system is getting an out-of-this-world new look. The new system sports a cool new color, with a celestial image on the cover. The system is shipping now, and should start appearing on store shelves in the next week or so for a suggested retail price of $199.99.

#Nindies Summer Jam and Sweepstakes: Nintendo will release a new Wii U or Nintendo 3DS indie game each week this September in Nintendo eShop at a reduced price for a limited time. For the next two weeks, enter via Twitter for a chance to win all five indie games and an opportunity to curate your own content shelf on Nintendo eShop. Nintendo kicks off PAX West and its September Indie takeover tonight with the Nindies@Night event at the EMP Museum. Attendees will get hands-on play with new debuts like Runbow Pocket or Punch Club for the Nintendo 3DS family of systems, and hear directly from several of the developers on-site. PAX attendees are also encouraged to visit the Nintendo Indie Booth in the Washington State Convention Center all weekend long for more opportunities to experience the many Nindie titles coming to Wii U and Nintendo 3DS. NO PURCHASE NECESSARY. Open to residents of US, 18+. Deadline: 9/14/16. See rules @ www.facebook.com/Nintendo/posts/1105180552899730S. Sponsor: Nintendo