Hello everybody I’m Dejimon11. You may know me from the Podcast that’s part of this website. Since this is my first article writing for 3WIREL and that the Switch event is around the corner, I might as well make a list of things that I want to see get added to the updated port see for Mario Kart 8.

Okay lets be real, this games roster is pretty weak. We got great choices like the Koopalings, Link from The Legend of Zelda, and Villager & Isabella from Animal Crossing. However, we also got some stinkers like Pink Gold Peach, the return of Metal Mario and another baby character cause we haven’t had enough of those. And did we really need another Mario and Peach clone as DLC? I’m fine with Dry Bowser since he’s actually an established character (it’s really complicated). 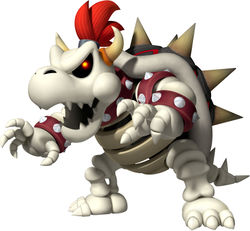 Worst of all, the cut veterans who are normally in the console versions are gone. I haven’t been this baffled by Mario Kart’s roster since they got rid of Waluigi in Mario Kart 7 and gave us Queen Bee from Super Mario Galaxy. Well, at least from what we’ve seen of the Switch port, King Boo is returning so I don’t have to ask for him. Returning characters should include Diddy Kong, Birdo, Petey Piranha and Bowser Jr; all which made there debut in Double Dash. Dry Bones and R.O.B. who debuted in MKDS, Funky Kong from Wii and Wiggler from 7.

Besides the returning characters, I want new blood as well. Many people will say that the Mario franchise is running out of characters. However, I disagree as there are so many characters outside of the basic few that we’ve seen but for some reason, they just don’t want to use them. Like Pauline, Captain Syrup, Ashley the Witch and so many others but that’s for another article for another day.

Everybody has a favorite Mario Kart, but to a lot of people that’s Mario Kart DS solely because of the games mission mode. It was pretty much the franchises answer to the Adventure Modes from Diddy Kong Racing and Crash Team Racing.

It was something that those who didn’t have friends to play with locally and didn’t want to play online instead of just playing Grand Prix mode all the time. It’s nothing grand or special but it’s a nice way for people to get better at the game and you can beat it within an afternoon. Hey if Smash bros can still have event matches why can’t this? It’s something a lot of folks want to see come back so why not? It also adds more replay value as well.

Mario Kart is a franchise is known for it’s items. We‘ve all used the mushroom for a boost of speed, the star for invincibility and have gotten screwed over by the blue shell multiple times. Having a way to turn off certain items can ease some of people’s complaints toward the more bothersome items during a race.

I know there’s a way to do shells only, mushrooms only and frantic which are cool but do something like smash bros where you can choose what item you don’t want to see when racing with friends. Also can we remove the coin as an item? It’s redundant because they’re coins scattered around the area

Yeah, we all saw this coming. It’s no secret that Mario Kart 8’s battle mode is pretty bad. Instead of giving us arena’s that were build around that specific mode they just took 8 of the initial 32 tracks which doesn’t work. These courses are just too big and it’ll take a while before the opponents meet up with each other. So besides wanting the obvious-arenas I want more modes

Sunshine Thief: If it wasn’t it clear enough I love Mario Kart Double Dash to death and it had the best battle mode in any Mario Kart game. This is pretty much Mario Kart’s version of capture the flag and it’s baffling that they never brought this mode back.

Battle Race: Taking notes from Sonic & All Stars Racing Transformed, why not incorporate that mode in their own game? It seemed that they tried to do a combination of the two in this games battle mode but ultimately failed in that.

One of the coolest things about Mario Kart 8 was the Nintendo themed courses. I can imagine what a Kirby themed course would look like? Or Pikmin or heck, even Metroid.

So yeah, this is all I got. Looks like we have to wait until the Switch event in two weeks. Hope you all have a great day and thank you for reading this.