Sword Art Online is a series I have a love-hate relationship with, as there are parts I really love about the anime. But at the same time, there are moments that make me want to scram at the TV and say ‘What the heck?! Did they REALLY decided to do that? Ugh…’ Many argue its a bad show and while I agree to that statement to a degree, I greatly enjoyed many parts of it.

The story of SAO starts out very strong, with the world being invested in VR technology. You a ton of people lining up to play the latest in MMO on the market but the big interest factor is the fact it uses the special Nerv-Gear VR headset. It uses transmitters that go into your brain, allowing you to feel every sense when interacting with the games world. So, it is like real life, but in another plane.

Many love this concept and a few people like our main character Kirito signs on to the beta of the game to test it out, as he isolates himself from others from family reasons. After he ‘LINK START!’ into the world and kills some bores with a fellow player Klein, we learn that the world isn’t what it seems.

Kiaba, the creator of the game has trapped all the players in the game and if they try to get out through unplugging the headset from the outside or if the power goes out, they die from overloaded shock to the brain. Everyone is trapped until they clear the 100th floor of the games dungeons. 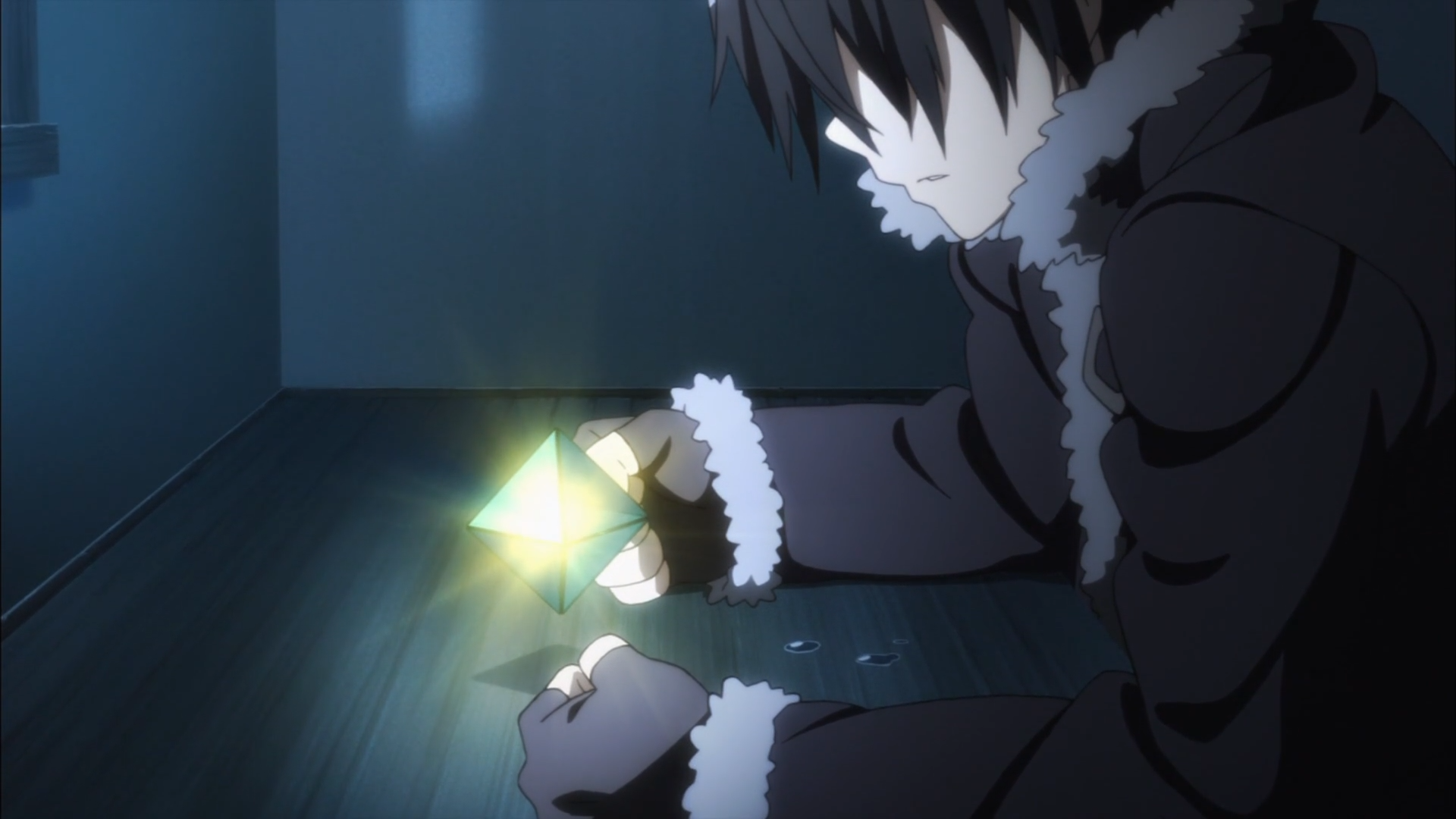 But…..we must talk about the rest of it. As the series progresses, the only shining spot story-wise is his connection to a female player Asuna, as I bought his relationship with her. Despite the shows efforts to have Kirito have a harem of female players to be with, it clearly states that Asuna is the main romance for Kritio. I would complement that, but the second half of the series ruins this a lot.

The show also has some good supporting characters during this first half, like Kirito’s male friends Klein and Agil. Both have great voice acting and work well with Kritio’s more stoic and blunt personality.

Overall, the first half of the series has issues regarding the players being trapped in the game (Why would the police not do anything to help the players? Would they even approve of the Nerv-Gear releasing knowing the dangers of the device?) and the harem elements annoying me greatly. I enjoyed this however and if you stopped watching the anime by Episode 12/13, I think you would be pleased with your experience watching the show.

But……we still have 12/13 more episodes to talk about and they do a horrid job with this portion of the show. The new location that it takes place in (ALO) is great with it having a very Zelda-like look to it. Even the different races are interesting and in a better show, we would have learned more about how each race works in the context to the game.

Instead, it turns into a horrible version of Super Mario Brothers or a real Legend of Zelda game, but instead of Zelda or Princess Peach being the ‘prize’ the player wins for beating the game, imagine them being sexually tormented across the entire adventure while our hero ventures through trying to save her. Now, we talk about Asuna again.

Her role originally was the main female lead and her character is great. She is strong, commanded a powerful army in SAO and is just as powerful as Kirito. Here, she is the damsel; completely de-powered from her SAO avatar and trapped in bird cage. Yep…..and the show fully knows this, with a number of times we have a slimy villain abusing her. This honestly agitated me, as her character in the first half of the series was strong. Now, its nothing and that really is messed up.

But we have another major issue; the story touches upon insist with other family members, as Kirito’s cousin Sugu, loves him in that way. Other anime did touch on this before, with one coming to mind being The Irregular Magic High School but here, its done so badly. The show clearly shows that Asuna is the main female lead, so why do we have to have a new love interest, more so with Kirito going out of his way to plow through his new game to save his girlfriend? The show tries to make this understandable and I do like the connection between Sugu and Kirito. But the show playing with this element really bothered me and was unneeded in the context of the larger story.

Kirito also is a whole other problem, as he does not logically respond to things around him. He sees an image of Asuna inside ALO and never bothers to contact the police or anything; he lets other girls flirt with him despite his established relationship and he gets super powerful in this new game by only playing it for a few weeks. A lot of little things with his character bug me and that didn’t happen in the first half of the show.

The ending of the show is rewarding to me, as Kirito’s battle with the main villain both in and out of game is rewarding. Him taking the bad guy out felt so good after the show making us hate the bad guy. It also sets up some plot lines for Season Two, commenting on other VR MMO’s.

While was harsh on many elements of the show, one part that I enjoyed across both half’s has to be the production values. A1 Pictures did great work here, with strong character designs, a soundtrack that really matches with the mood of the show and fight scenes that are a treat to watch.

Overall, Sword Art Online is a show that has both good and bad elements. The odd thing, is that despite my enjoyment of the show, I cannot recommend you run out to buy the show or anything. If you can stream it, give it a watch and feel free to skim around parts you do not enjoy.

But the positive elements of the show ARE worth watching, so considering giving Season One a look if you have the time. Will be reviewing Season Two later this week, so stay tuned for my thoughts on that. Both seasons are on Netflix and have English & Japanese Dubs.

One funny thing I will comment on is that a lot of my issues with the show are fixed in the two PS Vita titles Hollow Fragment and Lost Song. Will post reviews on them in the future but for now I will just say they do a great job continuing the story the ending of Episode 12 set up.