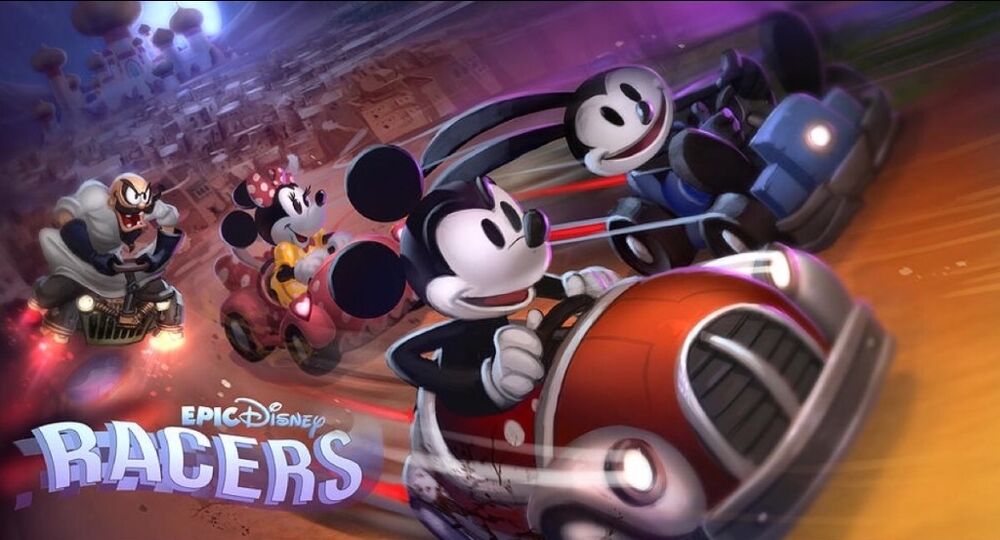 This is a surprise, Mickey & friends were going to star a new racing adventure set across worlds from Disney movies & from the Epic Mickey series at some point in 2013 before this project got shut down.

Epic Disney Racers is a scrapped racing game that was to feature characters from both the main Disney animated canon and characters from the Epic Mickey Series. Concept art exists of the project, but it seems that it was ended early in development.

Playable racers confirmed for the project early in development includes the following; Mickey Mouse, Minnie Mouse, Oswald The Lucky Rabbit, The Mad Doctor, Scrooge Mcduck & Huey, Dewey and Louie. In addition even Cruella De Vil would have been playable, indicating non-Epic Mickey characters would be playable in this game.

Concept art will be below the source link but its a shame this project never came to light. The last Disney racing game I remember releasing was Rareware/Rare’s Mickey Speedway USA for the N64 & Game Boy Color back in the early 2000’s. So seeing another kart racer using Disney characters would have been really nice

Gaming Reinvented, one of the sources of this story, stated this comment regarding why the project might have been shut down. It makes considering how building a racing engine from scratch would push Disney to spend more money on the project than expected.

Epic Disney Racers would have no such luck. It’d need to be a new engine designed specifically to work in a racing game, and Spector and his team have little experience in that. Add the game design changes needed, and I’m not sure how well it’d work out.