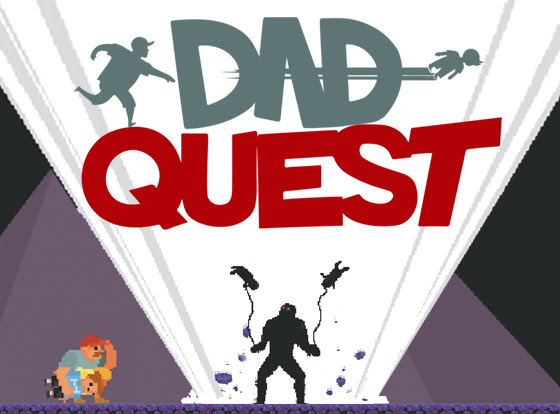 This upcoming title is getting a lot of attention, with it’s unique premise winning over many people attending EGX.

Dad Quest was an instant success at last week’s EGX. Excited teenagers, young adults and Dads themselves eagerly queued to play the game and were not disappointed when they did.

They threw their virtual child like the weapon it was raised to be, fighting off enemies and smashing their way to Dad Island.

It’s a game like no other, and the excitement around the game at EGX was an indication of things to come when it’s released in early 2017.

The game is going to be released next year and Excalibur Games published a full press release on this title, which you can find below.

In it, you play as a Dad who, like every Dad, has been tasked with the monumental duty of raising a Child. But in this world, Children are weapons, and you will love, teach and encourage yours to be the best weapon that they can be! To fulfill the Dad Quest, a Dad must reach Dad Island and uncover the source of all Dad powers, the Dad Spirit.

You and your Child will face a number of strange and dangerous enemies, meet many peculiar characters, and may even find that the world is not as happy-go-lucky a place as you first imagined. Remaining a Good Dad is no simple task and your parenting skills will be put to the test as you travel from desert ruins to mountain hot springs and finally into the realm of the Bad Dads where few other Dads have ventured before.

With each battle, the Child gains experience which allows them to unlock their inner strength and level up, learning new skills through an RPG-inspired skill tree. This enables a Dad to raise their Child in their own special way, with every Child ending up different as they grow more and more powerful. In addition, the world is packed with collectible Heirlooms and Toys that will aid the Dad and Child on their journey. These items may be key to completing smaller quests for curious characters or discovering new and exciting locations teeming with adventure at every turn.

Excalibur believes that Dad Quest has huge mass market appeal as it’s unveiling at EGX recently showed. It has already garnered interest amongst fans of traditional platform games including Metroid, Castlevania, Shovel Knight, and Megaman as well as adventure and RPG games like Paper Mario.