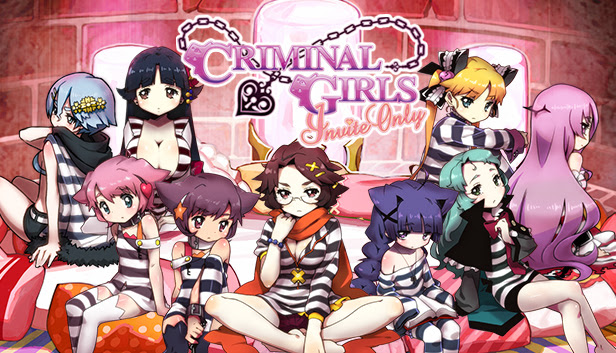 NIS America announced today that the dungeon crawler Criminal Girls: Invite Only is coming to PC via Valve’s Steam platform early next year.

We’re happy to announce that Criminal Girls: Invite Only is coming to Steam® on January 11, 2017!

This release is a port of the the PSVita game that released in North America and Europe last year. Fans can show their excitement by adding the game to their Steam wishlist today!

If don’t know anything about this title, NIS America has you covered, as they gave a summary on the title with this announcement press release. I reviewed the sequel to this game, Criminal Girls 2: Party Favors, recently and enjoyed my time with it.

Return to the depths of Hell, and guide a brand-new group of Delinquents through the Reformation Program. This time around, there’s a twist. One of the girls in your group of seven isn’t quite what she seems. As you journey through the Hell Spire, you’ll have to deal with the seeds of mistrust as you struggle to unite your team and overcome their sins and the bonds of damnation. Uncover each girl’s unique story, and shape them into the women they need to be in order to find redemption.