Sonic is a series I talked about a lot on 3WIREL in the past but I want to use the series to launch a fun article type that Motwera suggested and was thinking about for a long time; Green With Gaming. These articles take a look into how games use the color ‘Green’ as 3WIREL’s logo is green.

Today, I will be talking about how Sonic’s Green Hill Zone uses the color in a number of different ways in addition to how green is important to Sonic’s overall design as well. I hope you enjoy this new series!

Green Hill Zone was one of the very first levels produced for Sonic the Hedgehog back on the SEGA Genesis, with the purpose of offering a fun opening level for the Blue Blur to test out his high speed in. The zone is filled with challenges and ways to use your momentum to really build up your speed.

But what about it’s color scheme? Well, it is set on a tropical location, so the colors of a bright blue and different shades of green are present. Green specifically used for many of the group textures you run across, with them indicating ‘You can run on this’. This is visually stimulating design, as it visually shows the player that they can safely run on these platforms.

The hills and plant life you run across also come to mind, as they aren’t green specifically, but parts of it are green (the tops of slopes). This indicates that Green can be linked to speed, something Sonic was build in mind for. So Green is connected for Sonic to be used for speed and exploration; two important pillars for the entire series.

One interesting design choice is that very few (if not none) of the Robotnik’s creations have green coloring on their sprites. They mostly use harsher colors like dark blues and reds, indicating ‘These are dangerous’. That is a smart design choice, as through color alone, you know that Sonic cannot just run up to them; he has to remove them before continuing this run. 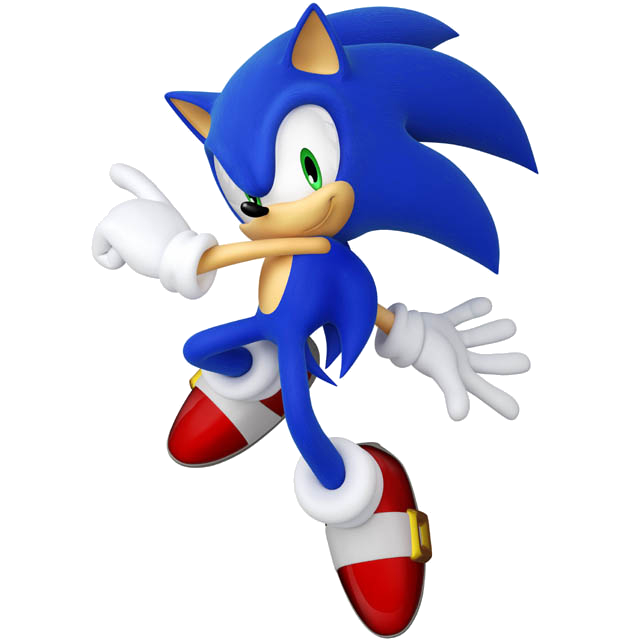 Sonic himself is has the blue, white and red color scheme (blue quills, white gloves, red and yellow shoes) and was made this way for years…..until 1998. Sonic Adventure gave the Blue Blur green eyes (likely from his many interactions with the Chaos Emeralds, as when he turned Super Sonic, his eyes turned green). His eyes being green shows that he is not only growing from his adventures over the years but also the fact that the color green is important to Sonic himself. Remember, speed and exploration are linked to the color green to a degree, so that color literally being part of Sonic’s design shows how important those aspects of Sonic’s gameplay and design work are to the series.