Sonic Adventure is a landmark title for the Sonic series as it brings the blue blur into 3D in a big way. From open worlds to explore, bringing the classic physics into 3D for the first time and having a large cast of playable characters, Sonic Adventure did a lot for the series. Today I have with me two members of a team working on rebuilding Sonic Adventure for the modern age through new technology and are setting out to make the best version of this Dreamcast Classic.

I was able to ask a lot of questions to these two team members and got a some great answers that go over aspects of the game. I hope you all enjoy this interview on Sonic Adventure Remastered!

Cube Gamer: Hello! This is ThatCubeGamer, I’m the lead manager for the project known as Sonic Adventure Remastered!

Isaiah: Hello, my name is Isaiah (or @GigaByteStrider ) and I’m the 2D/3D artist for the Sonic Adventure Remastered project.

RK: Thank you both so much for taking some time this holiday season to speak with me about this exciting project! My first question would be what was your first experience playing Sonic Adventure?

Cube Gamer: I first had played Sonic Adventure for the GameCube via the Directors Cut edition. It was my third Sonic game I had played (first being Mega Collection and second being Adventure 2 Battle). It was an amazing experience for me, seeing 3D Sonic after have beating the original games on Mega Collection. SADX and SA2B had grown to be my favorite Sonic titles when I was younger!

RK: I also grew up with the Sonic series on the GameCube in similar way you just described. Loved SA2 Battle and Mega Collection before playing Sonic Adventure DX.

Isaiah: My first experience with Sonic Adventure was in my 5th Grade year. I played SADX on PC, as it was a present from my parents who had bought me Sonic Heroes 9my first Sonic game) on PS2 earlier that year. It was always fun playing it but my 5th grade mind didn’t take me much past Sonic’s ice level. But now I have finished it multiple times and one of my favorite Sonic games.

Cube Gamer: I started Sonic Adventure Remastered around September of this year, I came up with the idea of building the classic into something new and so I started building a team up with different friends around the Sonic community that I knew very well, while also meeting new friends!

Also, the biggest goal to achieve for Sonic Adventure Remastered would be to make it fit perfectly with the more modern times in gaming. Better visuals, better textures, even better controls, etc. Another goal being to have people who didn’t really enjoy the original title to enjoy it much more with this remastered version.

Isaiah: Personally I cant answer the first question (I didn’t start the project). However to answer your second question my goal as an artist is to have SA Remastered look as polished and as fine tuned to the modern age as possible. My goal isn’t to just remaster the aspects of SA that were great but to improve some aspects from the original Sonic Adventure that players saw as a problem, or flaw in regards to the visual aspects of the game. With team we have on SAR I believe these goals will not only be met but exceeded.

RK: Thank you both for answering my question! Sonic Adventure is a game that can easily become a stronger experience and I’m positive both of you, alongside the rest of the team, will accomplish your goals. My next question would be what do you both consider to be the biggest flaw in the original Sonic Adventure? And how will you fix this element with SA Remastered?

Isaiah: Ooooo that’s a tricky one. Honestly, I think the cut-scenes (along with the controls and gameplay) in the game have not aged well. However with our animator Ishmael, GPF, and others in the team we can ensure this wont be the slightest problem.

RK: I agree with you Isaiah about the cut-scenes. Facial animations look very dated and need a lot of work.

Cube Gamer: The biggest issue in my eyes with the original game was some of the glitches. Now it’s far from being bad like the two most bashed games in the Sonic community being, Sonic 06 and Sonic Boom: Rise of Lyric but there were points where the characters would fall out of bounds and it could be very irritating. So I’d say the glitches. But if I’d say another flaw, then the cut-scenes and how they were animated.

RK: Great to hear that both glitches and cut-scenes will be improved upon in this new version of Sonic Adventure! Both were issues I personally had with the original Sonic Adventure and happy to hear they will be addressed. Considering you are building the game within Unity, what challenges are you facing when bringing the game to a new engine? Specifically, in regards to retaining the ‘feel’ Sonic has from the original Adventure. Sonic there felt like the 2D Classic games but only in 3D.

Cube Gamer: That would be hard to say, considering that Radfordhound worked on tuning the engine and such. He is using the engine, “Hedge Physics”, a Classic/Adventure styled engine but tuned a few things to make it more like Adventure’s style. So sadly, I couldn’t really say what the biggest challenge would be.

Isaiah: Yeah I’ll have to agree there isn’t much we can say about that because we aren’t the programmers diving into Unity to make this work. When I get a chance to talk to Radfordhound and the others I’ll update you. I’d like to mention Radford is working hard and altering Hedge Physics to offer the best Sonic Adventure experience.

RK: Thank you both for answering my question! Happy to hear that you are using ‘Hedge Physics’ for SA Remastered, as after messing with it myself, it feels really great to control Sonic within. When you announced the game, how did you feel about the community reaction to Sonic Adventure Remastered?

Cube Gamer: So far, the community has really liked what they’ve heard! Not much hate has sparked at all! So I’d say, I’m very glad that many Sonic fans are liking how the development is going so far!

Isaiah: The Sonic community has been great to us here at SAR and we cant wait to tell them more about the project.

RK: This is great to hear, as the community is welcoming to fan productions with open arms. My next question would be can you share any announcements you have planed for the project in 2017?

Cube Gamer: For announcements, we will be sharing lots of news throughout 2017, we can’t share them now but very soon we will say more!

Isaiah: We are happy to say that we will be much more public with the project come 2017. But as of now we cannot share anything specific. All I can say to our fans is to follow us on our SARemastered twitter for updates as soon as they are rolled out…

RK: Great to hear that we will be able to learn more in 2017 about the project! With Sonic having a seemingly bright future in 2017, how do you both feel about the direction Sonic is going in next year?

Cube Gamer: As how I feel of where the Sonic franchise is going in 2017, I feel like it’s a step in the right direction! Mania looks amazing and from the teaser, Project Sonic 2017 is also looks great!

Isaiah: I personally think 2017 is going to be a great year for Sonic. However to be realistic the fate of Sonic lies in what Project 2017 truly is. Sonic Mania has already proven itself to be a sign of a shift in direction for the franchise and its bad reputation. But one must keep in mind that Sonic Mania isn’t an AAA game, its more of a side game. I believe that if Project 2017 is received well by the public when unveiled and released, things could be looking good for not only Sonic but SEGA.

RK: Thank you both for answering! I completely agree with you Isaiah, Project 2017 has a lot to prove and if that is a success, then SEGA is on the right track for the franchise as a whole. My next question would be how are you going to work with the five other playable characters? Meaning, what changes/plans you have for them in Sonic Adventure Remastered?

Cube Gamer: For changes and plans for the other characters in Sonic Adventure Remastered, we plan to improve on their worst aspects and make the characters that people didn’t enjoy into ones they’ll enjoy much more. More will be explained in the future. 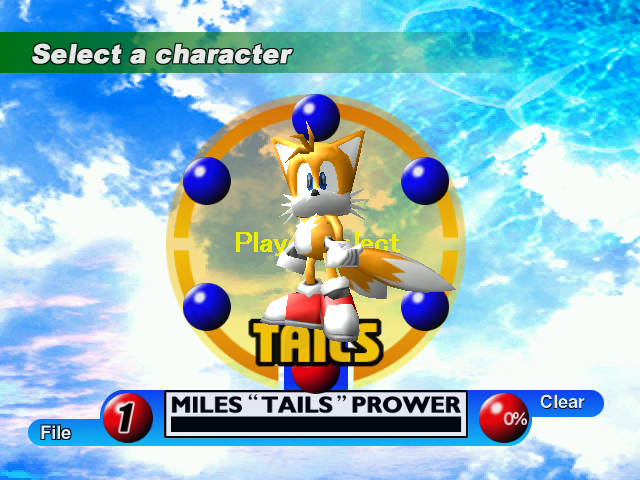 Isaiah: Honestly we haven’t begun finalizing a list of changes we plan to make for each character. What I can say is that we are striving to have these characters feel just like they did on the Dreamcast while taking away things that were their worst aspects and glitches. We don’t intended on drastically changing the characters to much, so players shouldn’t be concerned with their favorites feeling foreign…

RK: Thank you both for answering my question! When I think of Sonic Adventure, the many different characters are a part of the games identity. So it was great hearing how you plan on working with those elements of Adventure for the SA Remastered project. But one part of Adventure is quite important; The Chao Guardian as it’s a major element to both Adventure games. It might be too early to ask this, but do you both plan on including a Chao Guardian in SA Remastered?

Isaiah: Unfortunately we cant speak extensively about the Chao Garden at the moment. All I can is to look forward to more info on it in 2017!

RK: This is great to hear! I completely understand that you both cannot share much about the Chao Guardian but hearing that the mode is in the talks for SA Remastered will likely get many excited. As we come to a close for this interview, thank you both so much for doing this interview with me. It was a huge honor! Any final thoughts you would like to share?

Isaiah: I just want to say thank you for taking your time to interview us RK! Means a lot not only to Derek and I but the entire SA Remastered Team! Our team is passionate and hard at work daily to make sure the game is this best it can be! And for those of you reading this please look forward to more information in the future, and to make sure you don’t miss any of the latest news follow our team on twitter. Once again, thank you so much for your time today RK. Thanks for having us here.

You can learn more about the SA Remastered project by visiting it’s official Twitter page. You will get updates and more as they come out. Also follow ThatCubeGamer and Isaiah’s Twitter pages for updates on their own projects in addition to SA Remastered.