Sonic Rush released during the ‘Dark Age’ of Sonic, the same year Shadow the Hedgehog came out. After the release of Sonic Advance 3, Dimps moved on to the Nintendo DS, producing the next game in the portable Sonic series.

Sonic Rush is the logical evolution of the Advance series, with it’s introduction of the Sonic Boost as a core gameplay mechanic. This later rippled into the console games and became a mainstay mechanic for the Blue Blur.

Does this humble origins of the Sonic Boost offer a great experience for the Nintendo DS? Or does it crash from going a bit too fast? 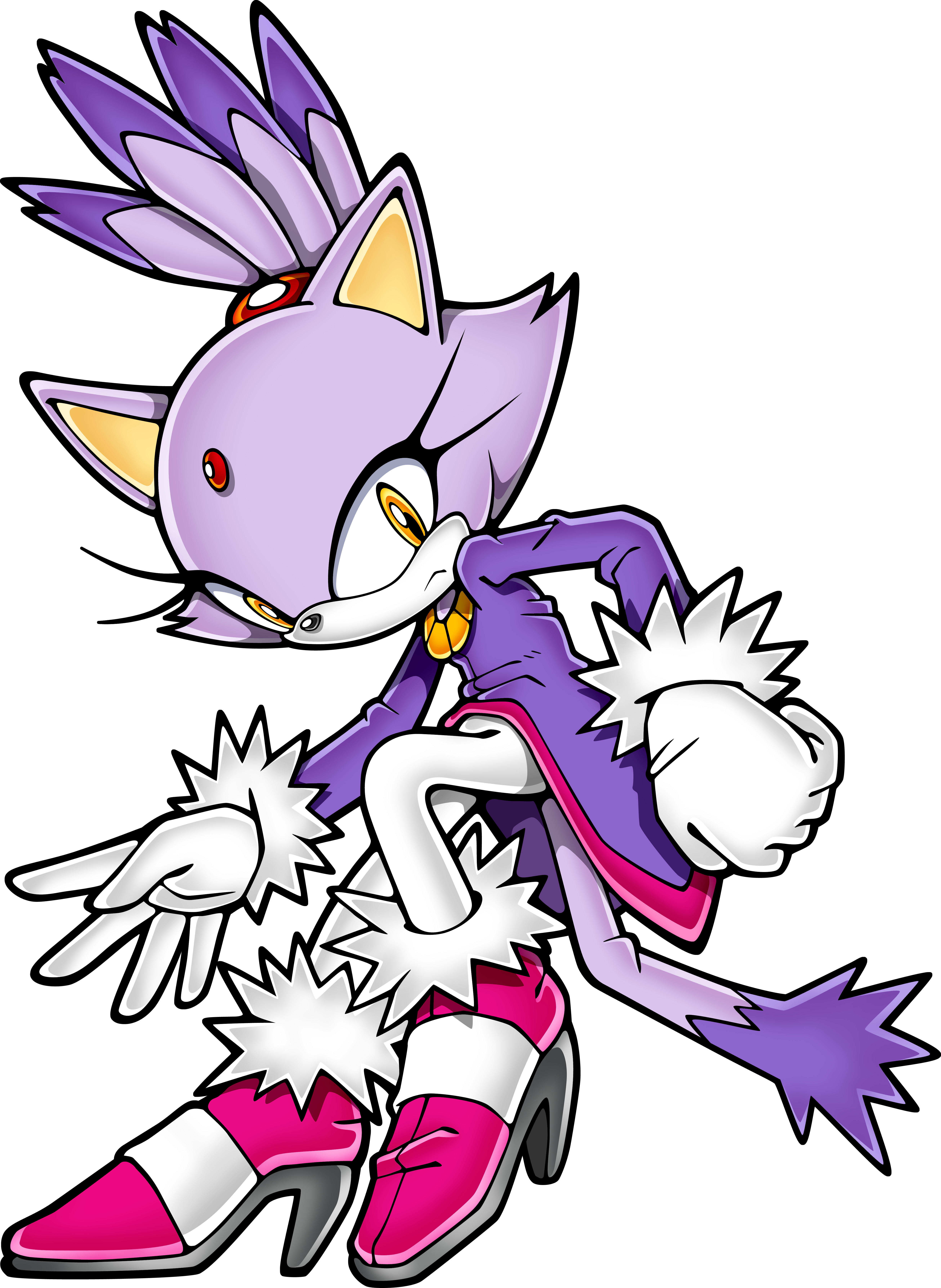 The plot has Sonic fighting Eggman like always but some new elements mix things up. His story is simple with very little standing out with his plot. New character Blaze the Cat is a mixture of character traits of Sonic & Knuckles and her story overall is the most interesting. She is the princess of her world (the Soul Dimension) and she came to Sonic’s world to find the Soul Emeralds, important items that Eggman Nega took from her.

She is joined by Cream the Rabbit and meets Amy, Knuckles and other Sonic characters, insisting that she asks Sonic for help gathering the Emeralds. But she refuses until she comes face to face with the Blue Blur, and they have a face off. After a very intense fight, they team up and in typical Dreamcast-Era Sonic fashion, you gather the Emeralds for both characters to turn super and fight the Eggmen.

I really like her character and her design is very striking. She is a great contrast to Sonic and greatly enjoy the dynamic she has with everyone. Sonic’s conversations with her indicate a very close friendship being formed and out of all the new characters added to the franchise over the years, Blaze feels like a very welcome inclusion. Her abilities mirror Sonic like how Tails & Knuckles did back in the Genesis days and her story has impact. It’s also great seeing the Sonic series have a great female character that can stand toe-to-toe with Sonic as well.

While the overall story of Rush isn’t that major, specific elements of it like Sonic’s interactions with Blaze and her general introduction make things stand out a bit for me.

Sonic and Blaze can use an instant ‘Sonic Boost’ using the Y button but other basic moves like the spin dash, rolling and spin jump return from the Advance games. Whenever you are in the air, you can mash the B button to build up your boost meter, which determines how long you can boost. But you can press R whenever you get off a ramp or bounce off a spring to preform a special trick. Pulling off a R trick ‘cancels’ the trick system and you get a high amount of boost gauge when pulling off a long series of tricks.

Sounds a bit like Advance 2, as that’s how the R Button worked in that game as well. The core ‘feel’ for the game is a bit more stiff compared to Sonic Advance. Rolling is still useful but the game really wants you to use the Boost, which allows you to run into robots and send them flying. It also makes you go faster as well. Sonic and Blaze feel different from each other gameplay wise; Sonic feels more or less like he did in the Advance games but you have the ability to homing attack with the R button when near robots and air dash. Blaze is really useful for platforming as her R tricks send her flying up or right and she has a really useful hovering ability if you hold down R.

The characters feel great to play despite clear differences between Sonic Advance control wise. I don’t mind that difference, because it works with the level design focus. Sonic and Blaze run through linear stages that tunnel them forward and this works quite well. Sometimes you have issues, like the ruins level having combat rooms where you fight robots. Most of the time though, the linear level design works out great due to the focus on the trick system, boosting and going fast. The game also has a good amount of standard platforming too latter in the game, though its over bottomless pits. Blaze works well for these kinds of platforming thanks to her hovering ability but Sonic requires you to be very exact with you jumps.

This does lead to something I have point out; this is clearly ‘different’ from the Classic series. I say this as it is the first time the series 2D titles really shift in a different direction. Sonic Advance 2 and Sonic Advance 3 start going away from the Genesis Era gameplay, but they still had Classic like elements. The Sonic Boost, a move introduced in Advance 2/3, makes you earn your speed similar to how rolling worked in the Genesis games. This contrasts with the Sonic Boost here, with it being mapped to a button and you instantly can go fast if you have enough boost energy.

Boss fights could be pointed out, as they blend 3D and 2D quite well. While they can drag a bit sometimes, they ares still very fun and rewarding. My favorite boss fight was the one where Sonic faces Blaze in a duel; both characters use abilities you use in the main game and it feels so rewarding to win the fight.

Special stages are also a massive improvement over the Advance series; you just use your boost energy you built up and latch on to special rainbow objects. Hit the boost button (uses one full guage) and you are in the special stage. Sonic only has to get through these (Blaze get’s the Soul Emeralds through beating bosses) and they are very fun. Using the touch screen, you swipe left/right to move and collect all the rings. While you cannot use super forms for either character in the main levels, the fact it’s far less annoying to access special stages is a massive improvement over past Dimp’s Sonic titles.

Presentation is interesting, as Sonic is famous for pushing the hardware he is on. Sonic Advance and Sonic Battle have some of the best sprite work on the GBA, so Sonic must impress on the DS, right?

He does, with 3D models against 2D backgrounds but it looks really nice and blends well. The animations for Sonic and Blaze are detailed to and this shown during 3D boss fights after clearing two acts in each zone.

They are a visual marvel for the DS. This games music is something I’m a bit mixed on. It sounds nothing like Sonic, but that is what I love so much about this soundtrack. It sounds different from past Sonic games but it still matches the series perfectly. The techno beats and odd vocals work so well with the various levels and this makes the OST a treat to listen too. Wrapped in Black is one amazing final boss theme honestly and Jeh Jeh Rocket is so damn catchy.

Sonic Rush is a game that isn’t perfect and in many cases, the Classic games feel better level design wise. But I just cannot state how important Rush is to the Sonic series. It fully embraces the Sonic Boost and does a lot of fun things with the mechanic. Through fun level design heavily pushing speed, an amazing soundtrack that continues to be enjoyable to listen to years after it’s release, some of the most impressive visuals on the DS and introducing one of the best characters in the Sonic series; Sonic Rush is a very important game in the Sonic series as a whole. Highly recommend this to any fan of the Blue Blur looking for a fun 2D adventure.