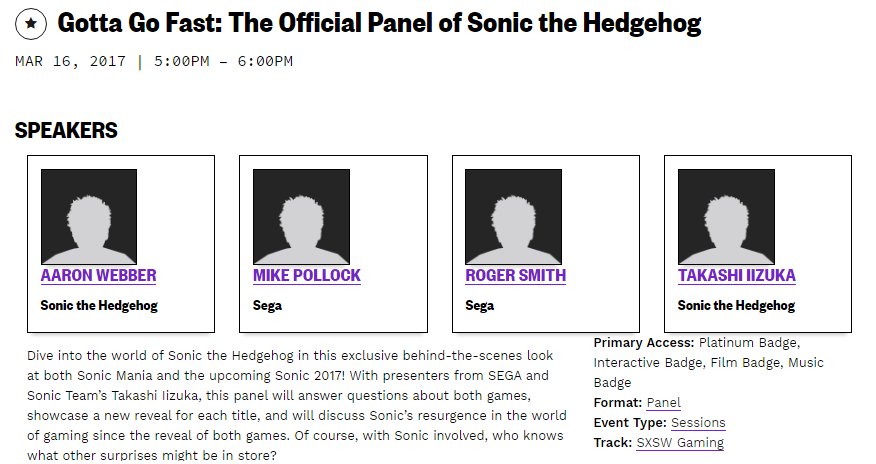 SEGA promise that more news on Sonic’s upcoming projects will be releasing soon but many are wondering when we will see the news. It seems that we will be waiting until March for that information, as the Blue Blur is getting his own panel at SXSW Gaming where major people involved in the franchise will be present.

Aaron Webber (Meme-Master behind the Sonic Social Media), Mike Pollock (voice of Dr. Eggman and other iconic roles), Roger Craig Smith (voice of Sonic, Batman and other roles) and Takashi Iizuka (producer of the Sonic series & member of Sonic Team) will be the panel hosts. We will report on any news once it releases but as fans of the Sonic series, many of us at 3WIREL! are excited to know we will finally learn possibly the release date of Mania and maybe even a new trailer for Project 2017.

Source: SXSW Gaming (Thanks, Soni for the tip!)