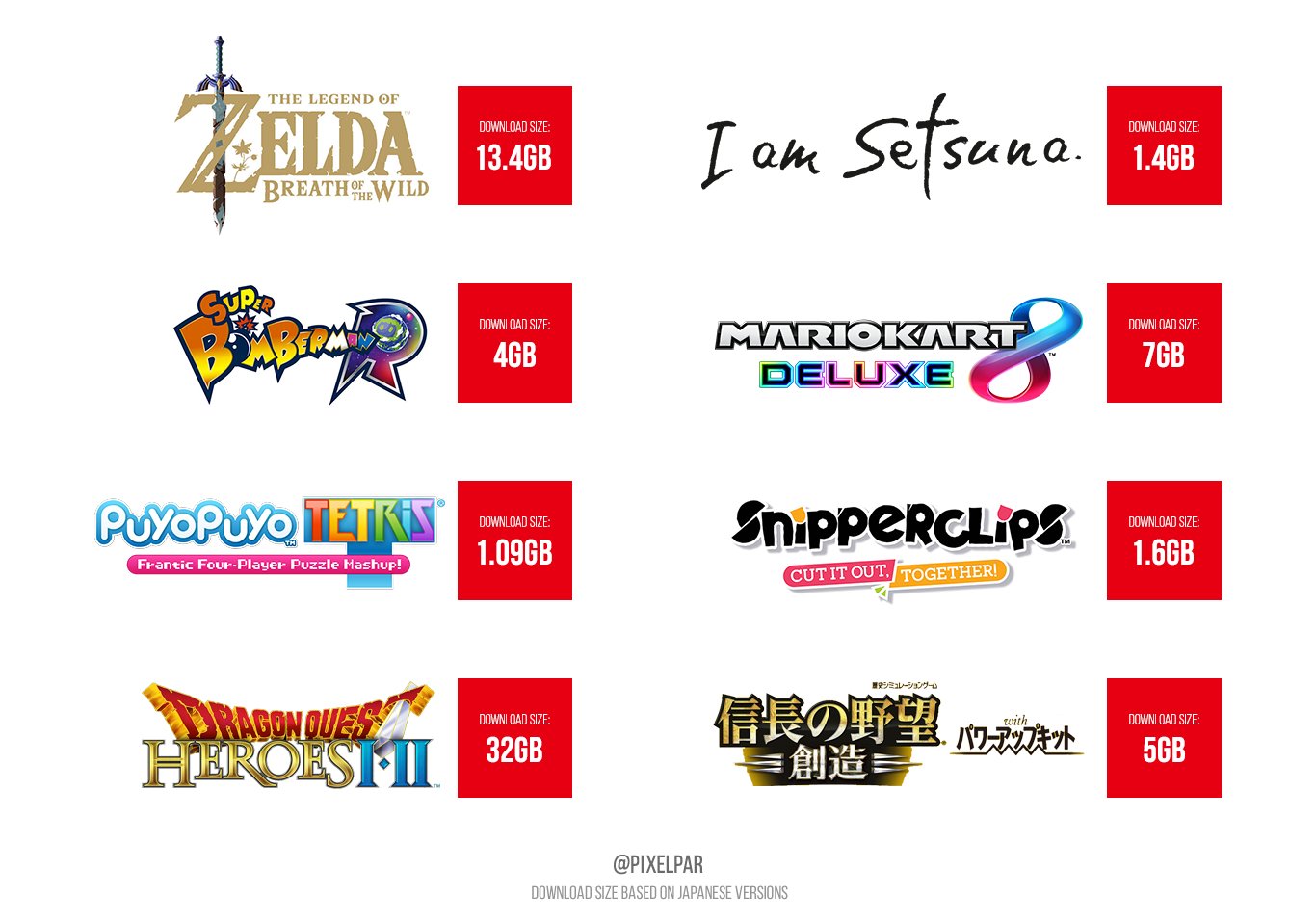 Twitter user @Dystify pointed out some files sizes for Nintendo Switch titles that @Pixelpar discovered based on the Japanese versions of various Switch software. They range from not that big like Puyo Puyo Tetris and Snipperclips hitting below 2GB to the highest being Dragon Quest Builders at 32 GB (over the included memory featured in the Nintendo Switch system).

With high capacity carts that will store retail games, it’s likely best to get Switch software at retail until you manage to get a 100GB+ MicroSD card based on some of these file sizes. But to be fair to the higher memory games, they are either massive in scope (Zelda) or are two games bundled together (DQ Heroes I & II).

Either way, this is interesting news and we will report on file sizes in addition to other Nintendo Switch news at it comes out.