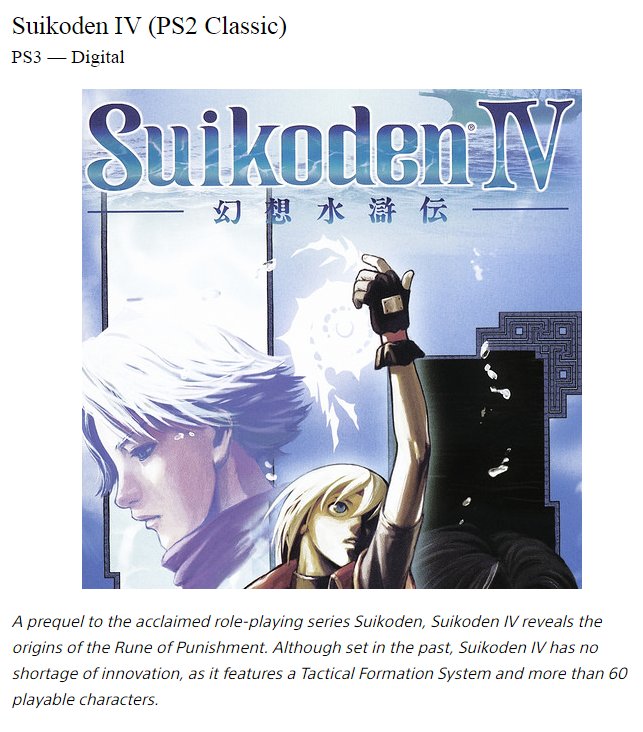 While many are waiting for the next PS2-to-PS4 Classic to release, PS3 owners can enjoy picking up Suikoden IV when the store updates on Tuesday next week (as of this writing). Discovered by @Wario64 on Twitter, it was announced on the PlayStation Drop for the coming week. It’s great seeing PS Classic’s support still come out on PlayStation 3, as despite many owning PS4’s at this point, some still didn’t get a chance to upgrade yet.

It also shows that Konami is interested in pushing for game development, as shown with Bomberman R for the Nintendo Switch and Metal Gear Survive on PS4/Xbox One/PC coming out later this year. Maybe we will see Suikoden IV come out on PlayStation 4 in the future as part of the PS2-to-PS4 Classics program but considering how quiet it has been, Sony maybe dropped support for it.

Would not surprise me, as Sony is known to drop support for products/services that don’t do well sometimes.